A North East based supplier providing a wide range of footwear at very competitive prices. Lunar are a fifth generation family business and provide Elegante with supply chain comparable with that seen in the high street and at the same competitive prices. Born in 1990, Lunar Shoes set out with the aim of creating something new, colourful and elegant at prices that were within the reach of most British Women. The design team began by selecting materials and trims that had previously only been used in other areas of fashion and applied them to footwear. The result was an exciting range of classic footwear with a designer twist that became an instant hit in department stores & footwear boutiques across the UK.

Since those early days the Lunar brand has grown and developed to encompass different footwear categories including boots, comfort lines and even funky wellingtons, meaning that each season the team now has the task of creating over 300 new designs – some in up to seven colours.

HISTORY
We don’t mind working hard, but we also like to have fun. So after 40 years in the footwear business, designing and producing injected soles for all around the world, we’ve decided it was time to sell the product of our imagination.

For a weekend we weren’t just a young creative team. We were people seeking a happiness formula. Spending quality time together and figuring out what we knew about joy.

We played cool, brainstormed, fooled with words and rummaged our feelings to collect the flavors, the colors and the shapes of the simplest pleasures in life. In the end we’ve made shoes out of it. Our shoes taste like the sweetest sweets: A feast of ice cream, jelly beans, gummy bears and popsicles. They sound like giggling and feel like a cuddle.

PHILOSOPHY
Picture an explosion of all the best feelings in life. Then imagine picking pieces of it and squeezing them into a concentrate of wonder. It will have friends, great escapes, summer outings, laughs, countryside smells, sea sprinkles, tight hugs, beach parties and glamorous city nights. That’s Lemon Jelly!

Designed, developed and produced in Portugal, Lemon Jelly is a high-tech product that relies on human feeling for the choice of materials and in the attention to details. Lemon Jelly is colorful and reliable companion that will make your life easy squeezy lemon jelly.

High Quality hand made leather hand bags and accessories at prices to suit all budgets. 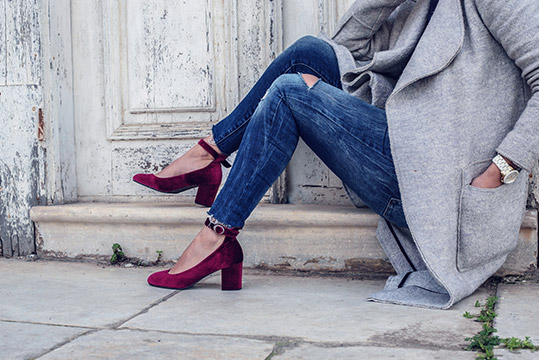 Marco Tozzi is a youthful, ambitious brand developed by Wendel, a member of the Wortmann Group based in Detmold, Germany. The new Marco Tozzi brand focuses on high-quality women’s shoes along with a growing selection of trendy bags and children’s footwear. The collection covers every taste in the latest trends from young fashion to classic elegance to comfortable active footwear.

A high quality brand of ladies fashion and extremely comfortable footwear hand made in Italy. The quality materials and bespoke designs provide our customers with a unique product rarely available in High Street department stores.

Spanish high quality handmade ladies footwear which reflects the variety on offer at Elegante. A long standing brand supplier to Elegante, this brand of footwear offers a quality product and styles which endure with time.

The Cefalu and ellie.d collections are manufactured using a combination of innovative design technology and traditional shoe making skills. Dedication to producing high quality shoes means our leathers are selected from the finest tanneries in Europe.

Cefalu is a made to order collection, styles made in an amazing range of leathers. Choose from Nappa, Suede, Patent or Metallic Nappa. Colours are available in over 50 different shades. So by working with us you can make a truly individual collection for your business.

Founded in 1967, Wortmann KG is one of Europe’s largest footwear manufacturers, and one of the most common brands available in retail. The company’s fashionable collection together with its unbeatable value for money has captured our enthusiasm. The Tamaris brand is Wortmann KG’s answer to consumer demand for an unusually high-quality product at a surprisingly reasonable price. Always on trend – Tamaris gives quality-aware, cost-conscious women the fashion statement they seek in representing a brand that is not only a lifestyle label, but also a brand of quality.

More exposed to the influence of lifestyle developments than ever before, Tamaris gives you quality, design, fashion and expression – qualities you will not find in most other brands.

In addition, Tamaris provides excellent value for money to go with the high level of quality you are looking for.

From young to old, trendy to classical, the Tamaris brand represents every aspect of women’s fashion with a collection covering an extraordinary range of models, giving you the ideal shoe for any occasion. The brand’s unique positioning has placed at least one pair of Tamaris shoes in every second German woman’s shoe rack. At a market awareness figure of 36%, Tamaris is one of the most powerful footwear brands.